Our EICAA consortium met on October 19th and 20th for the fifth transnational partner meeting of the Erasmus+ funded EU project Entrepreneurial and Intrapreneurial Assessment Alliance (EICAA) – this time in Halle (Saale), Germany. The combination of hard work with major developments and fun group activities made it a successful reunion for our EICAA project team. 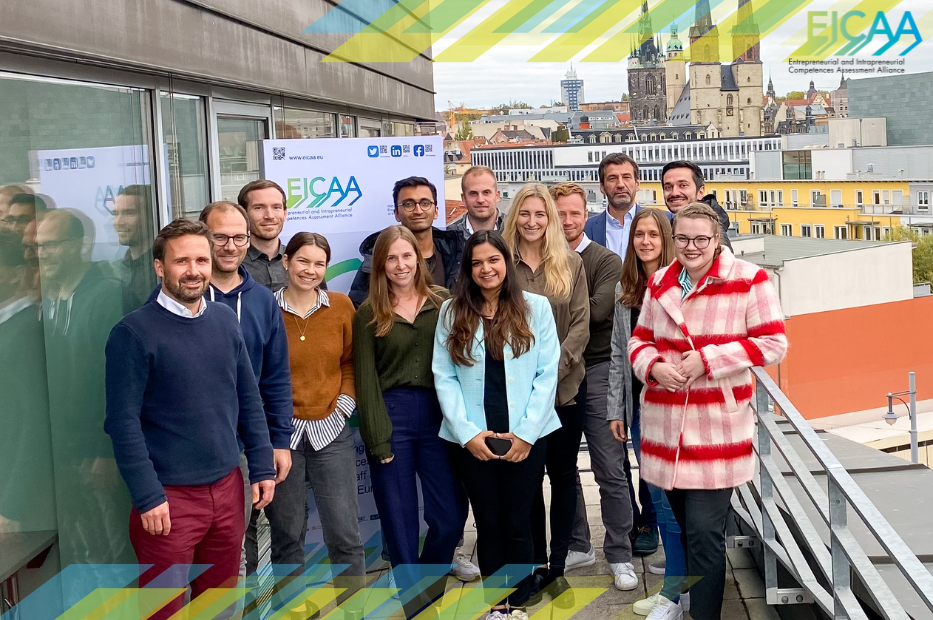 After the last meeting in Innsbruck, it was now Univations’ turn to host the fifth transnational partner meeting. Our EICAA consortium travelled from five different EU countries to develop and discuss further steps around the EICAA project in Halle (Saale) in October. During the productive two-day meeting many new ideas, decisions and solutions were made to develop the project further. One of the main topics was the EICAA Digital Platform, which is already in advanced stages and now being further optimized step by step. The focus was also put on the upcoming EICAA pilot round. By outlining the desired outputs, the EICAA consortium set the course for the implementation which will be another big milestone in the project.

In addition to the hard and productive work on the progress of the project, our members of the EICAA consortium were entertained with a guided tour through the historical old town of Halle, Saale. The team enjoyed their evenings with joint dinners letting the productive days come to a relaxed end.

It is always a great pleasure to see how nine partners from five different EU countries bundle their resources to bring the EICAA project to success. All partners of the EICAA consortium are already looking forward to the next partner meeting in Szeged, Hungary.